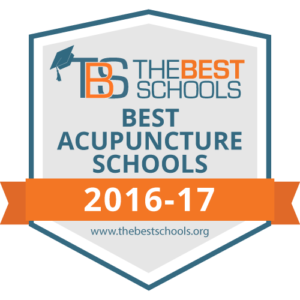 Emperor’s College is one of the oldest acupuncture schools in the nation. Our distinguished history started in 1983 with the mission of cultivating brilliant healers, teachers and leaders in Oriental medicine.  We have expanded on this mission over time and today we are known for specializing in an open minded approach to the art and science of integrated Oriental medicine.

We encourage independent thinking and expose students to a broad array of clinical skills and theories.

Our alumni are the pioneering leaders in academia, clinical practice, advocacy and research. You can learn more about the achievements of our alumni here.

1997: Partners with a hospital to allow interns to treat acute care patients at Daniel Freeman Hospital in Los Angeles.

2006: Doctoral Program is awarded research grant to study effects of acupuncture on quality of care and cost of hospitalization with Good Samaritan Hospital Acute Rehabilitation Unit.

2011: Partners with The Roy and Patricia Disney Family Cancer Center.

2014: Partners with BeingAlive!LA, and launches acupuncture clinic for HIV+ individuals at their West Hollywood Offices.

2014: Emperor’s College invited to provide services at the Los Angeles Veteran and Families Stand Downs, the largest events of their kind in the United States.

2015: Emperor’s College invited to provide services at the Special Olympics World Games, the largest sporting event in the world in in 2015.

2017: 100% of Emperor’s College grads taking the California Acupuncture License Exam (CALE) passed, the first time all test-takers from a single school in a calendar year passed the licensing exam.